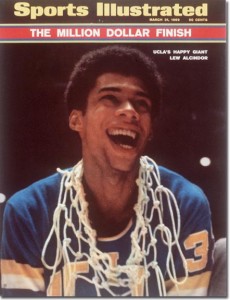 Bob Knight published in WSJ (APRIL 2, 2011) his “Coach’s Guide to the Final Four” which has following tips:

At all those tournaments and more, I learned that coaches have to give players a little time to enjoy their success, but a coach’s primary task is making his players aware of the type of offenses and defenses they will be playing against. He then must acquaint his players with the individual skills of the players they will meet on the court. A basic part of preparation is watching game films of opponents.

You can read the full Knight’s article here

We believe it’s far from being a definitive word on how to build and have a championship team.

Here are some things John Wooden—who won with UCLA 10 NCAA titles—has to say on the subject (all quotes come from John Wooden and Steve Jamison, The Essential Wooden, New York: McGraw-Hill, 2007):

It’s hard for second-class citizens to do a first-rate job—take pride in their work or the organization that treats them poorly. This is not their fault. It’s your fault.

Recorded history shows us that the underlying reason for the failure of every civilization or cause has been a breakdown from within, and I deeply believe that most potentially great teams that did not measure up to what seemed possible and logical failed to do so because of friction in one way or another from within. Let us not be victimized in such a manner.

Failure to act is often the greatest failure of all. A strong leader understands this and has the courage to act, to risk failure, to stand alone if necessary and make a decision.

I taught them to expect failure—the missed basket—and to be ready to do what comes next: a tip-in, rebound, fast break… In any context, basketball or business, what happens after a missed opportunity, mistake, or failure is crucial. Perfection is impossible. Capitalizing on imperfection—mistakes—makes all the difference. Those I coached didn’t need to visualize success. Success would take care of itself if they took care of everything else. This included preparing for failure… Failing to prepare for failure can prevent success.

A group freed from fear of having to check on everything with their leader has an energy for action that is formidable. It gets things done.

Cooperation is present within a team when a leader is more concerned with what’s right than who’s right and with the best way rather than “my way.” It’s present in an environment in which no one cares who gets the credit. This approach fosters creativity, which in turn brings about improvement.

There are many more jewels of Wooden’s wisdom that can be reported here (we’re writing a book that will have many of them). Meantime, we can’t resist quoting this last jewel :

Abraham Lincoln said, “Most anyone can stand adversity, but to test a person’s character give him power.” I believe there was a difference between General George S. Patton and General Omar Bradley. General Bradley had a great concern for those under his supervision. He knew what had to be done and he wasn’t looking for self-glory. If you saw the movie Patton, you saw a man who acted as a dictator. While I would want him on my side in time of war, I believe we should lead athletes and associates in a different manner.

Which John Wooden ends this way:

There are coaches out there who have won championships with a dictator approach, among them Vince Lombardi and Bobby Knight. I had a different philosophy. I didn’t want to be a dictator to my players or assistant coaches or managers. For me, concern, compassion, and consideration were always priorities of the highest order.