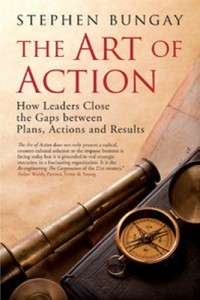 Since the Industrial Revolution, it has been claimed that the command-and-control approach to running a business is an imitation of the military, which used it with great success. Or did it? As military historian and business writer Stephen Bungay has shown in his recent book “The Art of Action,” this is not true. Instead, by, at the latest, the mid 19th century, Prussian general staff had abandoned command-and-control in favor of something called “mission command”— the official NATO doctrine today. Put simply, in the words of Bungay, this approach amounts to: “Don’t tell people what to do and how to do it, but what you want people to achieve and why. Then ask them to tell you what they are going to do as a result.”

Nothing is more pleasing to us than hearing about the superiority of the “why” organizations over the “how” ones, as we amply wrote in “Freedom, Inc.” Indeed, we did some research to show that it even true in the military, in particular where performance is paramount such as in commando units, the Marines, or the Air Force. As this piece of research did not make the cut for the book, we are happy that another has written on the subject.

You can read Bungay’s short article summarizing his ideas (but read the book too; books are deeper ;-))