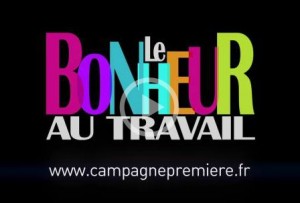 Here is a teaser of the 90′ minute film scheduled on ARTE chain on the Happiness at Work.

The producers have already filmed a dozen of freedom incs and their leaders and employees.

Their goal is to build a real community of fans of this happiness at work movement which is taking place in this very moment in dozens of companies accross the world.

NB: The film is in French right now but the non-French people speak in English. Once on Arte it will also be distributed also in German. English may come depending on further distribution agreements.