We are often asked ‘why there are so few liberating leaders and what are their distinguishing features?’

We found three distinguishing character and psychological traits: egalitarian values—respect, trust, fairness; creativity—an ability to redefine problems; and wisdom—holistic (considering problems with their surroundings) and dialectical (entertaining both sides of an apparent contradiction) thinking style. The combination of these traits is rare, which partly explains why there are so few liberating leaders.

Indeed, it’s their first trait—treating others as equal— which allows them to make the first step in the liberating process: to stop telling people how to do their work and to start listening to their solutions. In other words, because these leaders don’t think their intelligence is superior, and because they treat others’ intelligence and ideas as equal to theirs, these leaders are able to truly listen to their colleagues. As Bob Davids, who headed and built Freedom Incs in several companies, including an 8,000-strong electronic toy manufacturer in China, says: “You need to understand that you are no different than the people you lead. You have the same value in the organization. You just have a different assignment.” 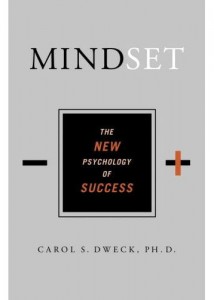 Can a CEO change and acquire the egalitarian values if he doesn’t have them? Some psychologists and change specialists say that such deep beliefs are impossible for a person to change. But others—and ourselves—consider that it’s hard but possible. We saw cases of liberating leaders who changed their belief of superiority into egalitarian values when they realized that it was ruining their business.

But why is it so hard and why don’t we all feel like “brothers” as many religions and even the Article 1 of the UN Human Rights declaration call for? Carol Dweck in her book Mindset explains that many of us are raised and educated to believe early on that different people have different abilities and that they are fixed—innate, natural, etc. When a child hears from her parents or teachers “you’re smart” or “you’re not good at math” what is acquired by the child is the belief, the value that abilities, intelligence, skills are fixed and some are endowed, gifted while others aren’t. If a child is in the second category then the damage to him is immediate: he stops investing any effort in learning because it serves nothing anyway. But it does damage also to the “endowed” children: they consider every challenge in life as a test to reconfirm that they’re “smart” and superior in abilities to others. Hence, they can’t listen to others’ ideas because they may be better than his and thus prove that he is not the “smartest.” As a result, his value of being of “superior intelligence” will prevent him from becoming a liberating leader.

So to become a liberating leader, and in particular to possess a value of treating others with intrinsic equality, one has to stop believing that intelligence and abilities are fixed, like natural gifts. In fact, despite what many parents and teachers implicitly say, this belief is wrong. The science today is absolutely clear that while people may vary in their potential (not everyone can become an Einstein or a Mozart) but its only through engaging with the world, practice, and learning that the potential reveals itself. And the more practice and learning, the higher the results. According to Herbert Simon and his associates 10 years/10,000 hours of practice is needed to reach top performance levels in all fields, be it math or music. By the way, Einstein wasn’t a brilliant high school student and Mozart took 11 years before he composed his first significant music (which led Simon to remark that he was a “slow learner”—fortunately no one told this to Mozart when he was young or we probably wouldn’t have Mozart).

To sum up, science is clear that if a person has a great performance in math, verbal ability, etc. it’s because of her hard practice and learning. In other words, we can’t know how “brilliant” a person is in this or that field unless he or she works hard to develop her ability in it. To conclude, we don’t know much about the differences in people’s potential “gifts” and that it’s safer to assume that they are equal on average and across fields in it.

This is not to say that people are equal in performance levels. They are different and that is, by the way, what a liberating leader is focusing on after he builds an environment in which everyone is treated as intrinsically equal: he builds an environment where everyone can grow and realize their talents. That’s what Robert McDermott, a former USAA CEO, meant when he said: “If you enrich the jobs, you enrich the people.” McDermott talked a lot about people’s “God-given talents.” His view was that everyone was good at something—was good for something—and it’s a CEO’s job to provide an environment where this talent, potential can be fulfilled.