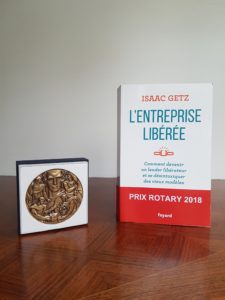 Our book “The liberated company” (in French) which came out with Fayard in Nov. 2017, has won the Best Business Book of the Year award by Rotary France.

The ceremony has been held in the French Parliament (Assemblée Nationale) on May 2016.