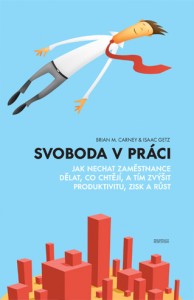 The Czech editor Peoplecomm made his specialty the books on freedom-based organizations. Our Freedom, Inc. appears there along Ricardo Semler’s Maverick! and Tony Hsieh’ Delivering Happiness.

Coming from the Czech republic, ex-authoritarian society, the concept of freedom is still misunderstood by many. It feels like back in 1989 we were released from a gigantic jail house. Living in a command and control society we had no need nor chance to learn the concept of responsibility and thus freedom. Twenty years later, corruption seems to be a new religion of our region. 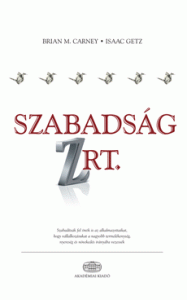 Just two years ago, it felt like I came from Mars trying to share the ideas with some of the local businesses. Last year we decided to take three of the best books (in our view) on the topic of workplace freedom, translate them into our language and publish them in the Czech republic and Slovakia in a hope to spread the idea to a much larger audience.